I have been brewing a lot of beer in the last few weeks, and this last brew was pretty sloppy.

This has always been a good recipe. I added coffee to the base beer the second time, and then bourbon soaked oak chips the last time I brewed it. I didn’t feel that the bourbon/oak added much of anything, so just coffee this time.

I decided to do a half batch for a few reasons. I already had three beers for the Christmas pack, so I figured I would only put one stout in. Another issue was I was running low on time, so I didn’t have enough time to let the Kritter’s IPAmber finish up to free up the carboy or water bath. The final problem is that I didn’t have enough empty bottles for a full five gallon batch. As a bonus, at least with a half batch it could be all-grain.

My main mistake was not using enough water for the mash. I just added it up my head incorrectly, and it didn’t become clear until after I pulled the bag of grains out. I was a gallon short. I don’t know the chemistry behind it all, but my understanding is especially with brew-in-the-bag, you need a certain amount of water to get the soluble sugars out of the grains.

I added the extra gallon for the boil to hopefully at least get the hopping right. The water ratio worked out perfectly for the Lucky Bastard half batch, but for some reason there was too much in the end this time. Not a hard enough boil I guess. All this led to a low original gravity.

I put the small carboy in the priming bucket for a water bath. Like the Kritters that was fermenting in the other room, it was easy to keep temperatures down. Good, consistent temps at 68 degrees, and I moved the aquarium heater over toward the end. 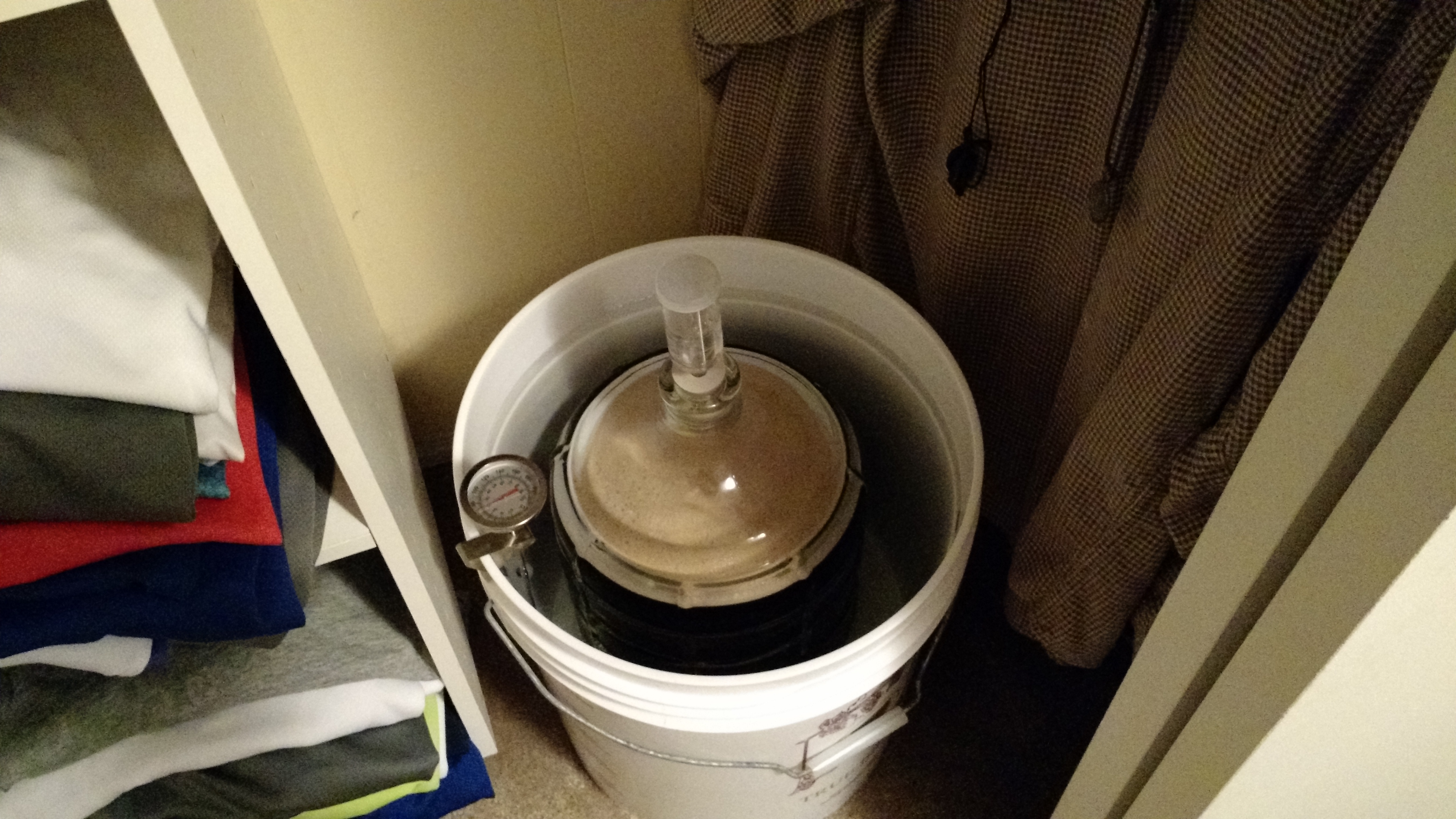 Cold brewed some Christmas blend coffee and added it in a few days before bottling. I did the same ratio of a cup of grounds to 3 1/2 cups cold water, but only added 10 ounces of the resulting coffee to the beer. The rest was used for a nice ice coffee.

The final gravity was 1.020 in the previous batch. Even with the extra attenuation, the alcohol percentage is noticeably lower due to the weaker starting gravity. Not sure how this one is going to work out. Might be thin with the lower final gravity, might be over-hopped because of the lower gravity in the boil pot, could end up just fine because this is a rather forgiving beer style.

Unfortunately I won’t get to taste it before handing it out the first recipients, since it will only have been in the bottle for a week at that point. Hopefully it isn’t a lump of coal in the six-pack.