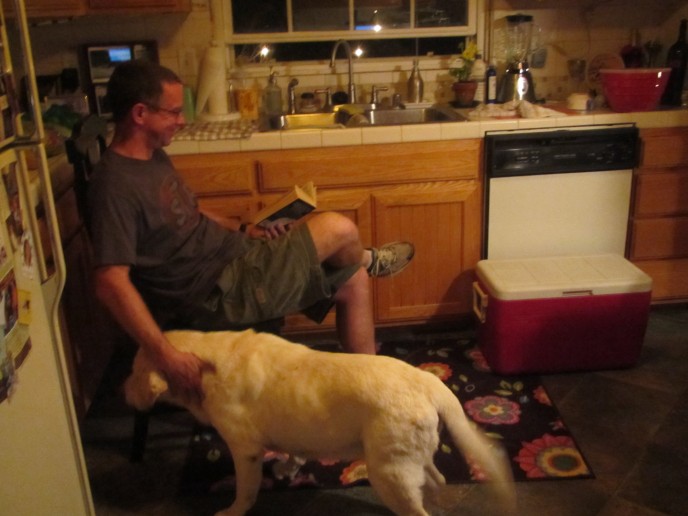 One of the problems with making beer at home is where to store it. The beer needs to condition in the bottle for a few weeks at room temperature. This not only takes up quite a bit of space, but here in San Diego, the household temperature in the summer is not exactly “room temperature”.

I decided to condition the beer in the crawlspace under the house, but figured cardboard boxes would not last long in the damper environment. I found instructions online to make beer boxes out of cheap, scrap lumber, and with a little antiquing and labeling, my beer now had a nice place to sit. 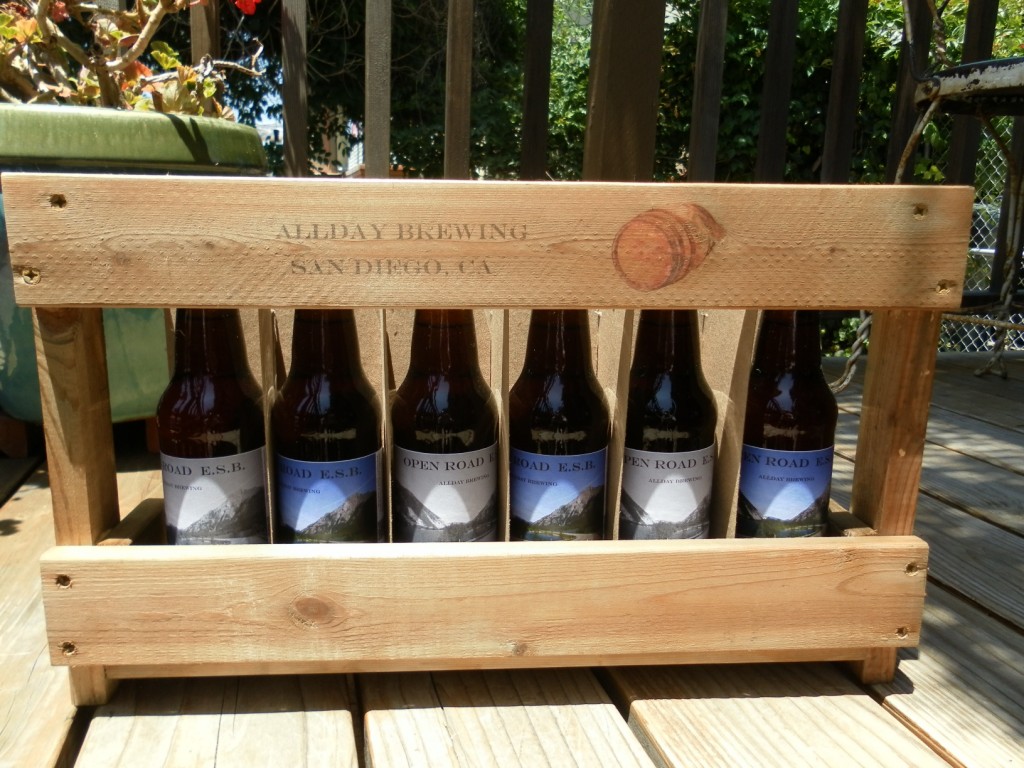 The first upgrade to the brew day equipment was a wort chiller. As I mentioned in Open Road post, the chiller acts like a radiator pulling heat from the boiling wort by circulating cooler water through the copper tubing. By cooling the wort more quickly, you not only lessen the chances of bacteria taking hold, but the rapid chilling also helps settle out some of the suspended proteins and hop matter, leaving you with a clearer beer.

I ended up making my own chiller for about a third of the price of buying it online. I picked up 25 feet of 1/2 inch copper tubing at Home Depot, and slowly bent it into a coil, trying not to put any kinks in it. It isn’t as pretty as the professional ones, but it does the trick. 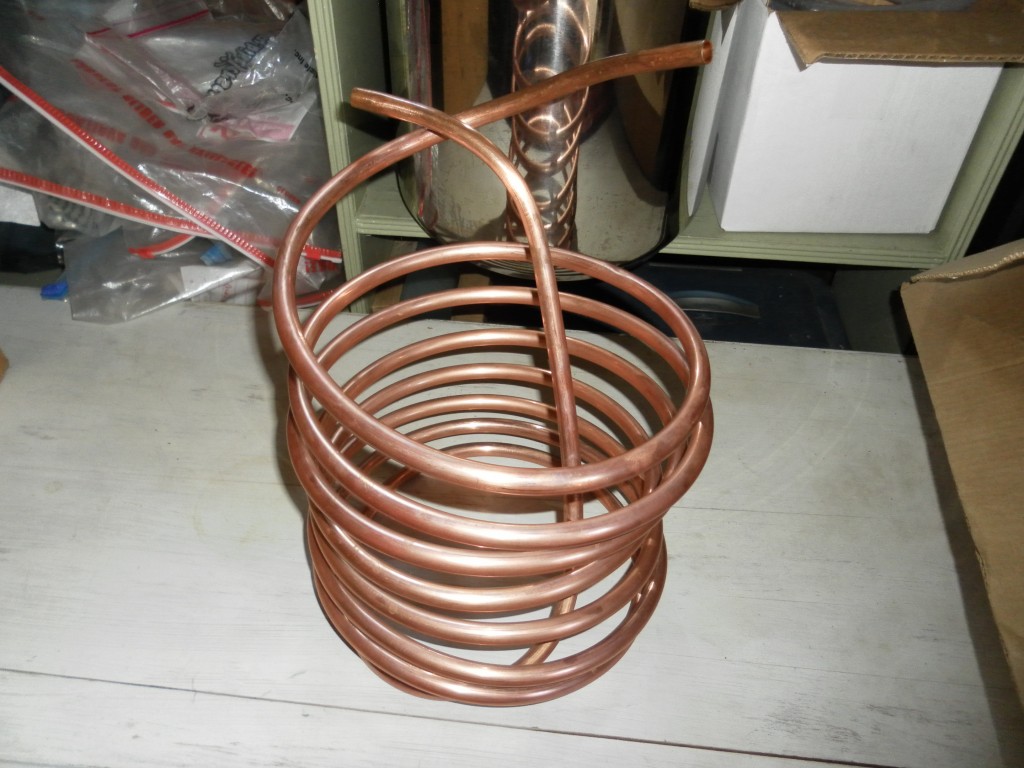 I picked up some plastic tubing as well, and connected the whole thing to a pond pump. The pump sits in a cooler filled with cold water. The water is pumped through the coil, pulling heat from the wort without contacting it, and comes out hot on the other end. 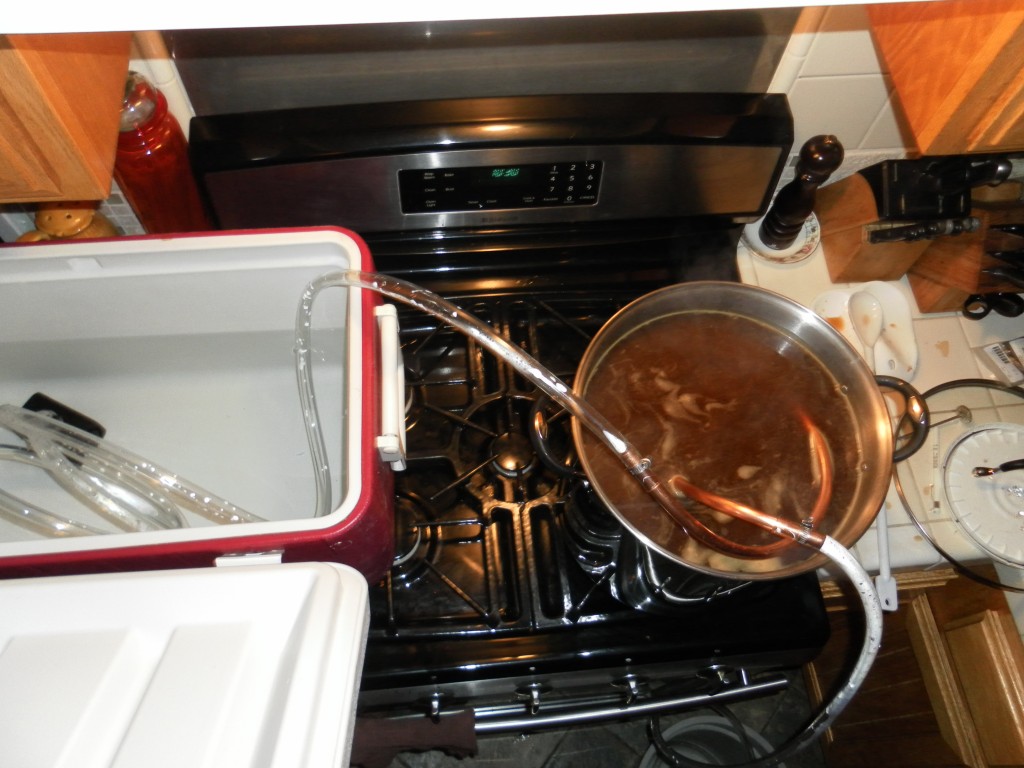 The chiller is very efficient in getting from boiling to about 100 degrees, but the process slows down dramatically for the last 30 degrees when the the temperature difference between the water and the wort is smaller. Once the chilling slows down, I add blocks of ice to the cooler, but it is still time consuming.

A more significant problem concerning temperature is when it comes to fermenting. Ale yeasts vary, but they typically do the best in temperatures between 65 and 73 degrees. At higher temperatures, the yeast produce off flavors and less pleasant forms of alcohol. Right now, the temperature of the house is 89 degrees. Even the crawlspace is over 75 degrees.

Some brewers use a spare refrigerator to maintain a proper temperature, but that is not really an option for me right now. The owner of a local homebrew shop suggested a cheaper fix. It is not nearly as precise, and requires much more attention, but it does help quite a bit.

I picked up a big tub, filled it with water, and placed the carboy in the bath. The surrounding water helps keep the carboy cool, and the larger volume of water is a little more stable. I have to keep placing ice packs in the bath to fight against the heat of the room, as well as the heat produced by the active yeast. 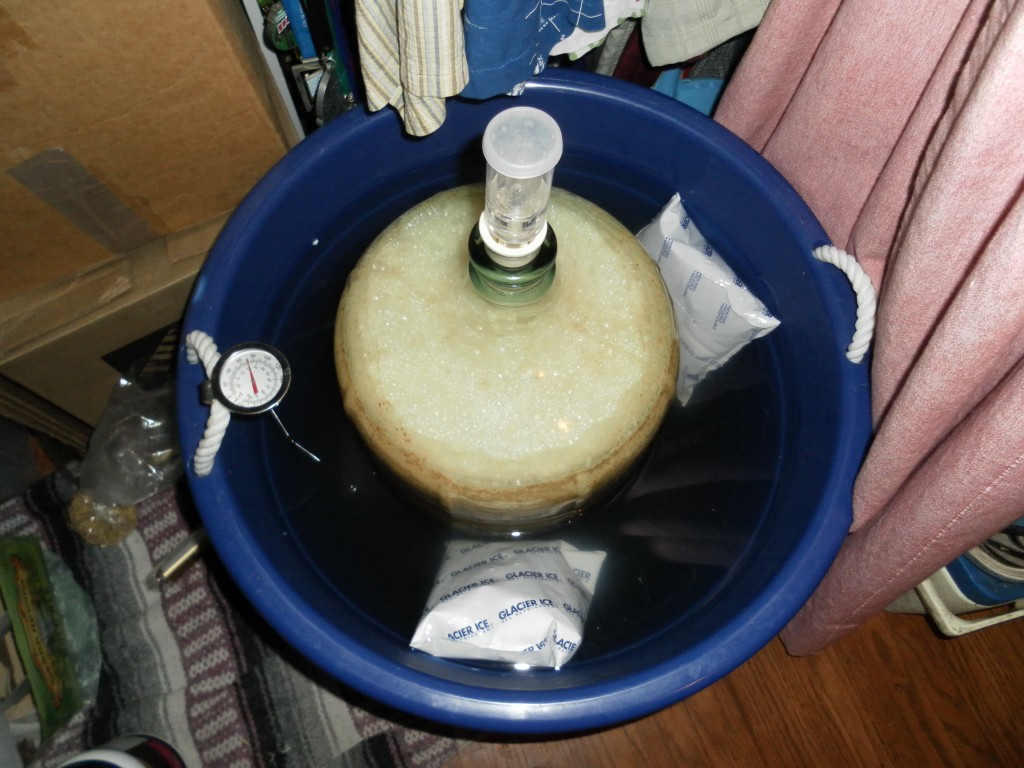 Not a perfect solution by any means, but it is the only way I can brew during the hotter months. Even when you aren’t fighting a heat wave, it does help maintain a more stable fermentation temperature, and as a result, a better beer.

There are many things I would like to do to upgrade the system, but for now the process is a little more chaotic and homespun. Someday I would like to have a dedicated space for beer making, and eventually get into kegging my beers so I could have it on draft. But for now, brewing in the kitchen, fermenting in the closet, and storing it in the basement makes it really feel like HOMEbrewing. And I love it.